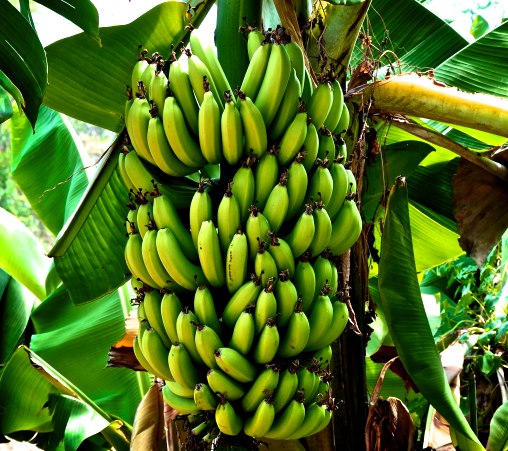 In Rwanda, banana (Musa spp.) is one of the most important staple food crops occupying 23% of the area cultivated and contributing to 28% of the total crop production. It is grown by smallholder farmers in East and Central Africa for both subsistence and income generation.

Currently, the banana Xanthomonas wilt disease caused by Xanthomonas campestris pv. musacearum is the major constraint to banana production in the East and Central Africa. The disease can cause up to 100% yield losses if proper management strategies are not well implemented. The bacterium attacks all cultivars, and no single method is effective to control the disease. Effective management requires a set of cultural practices.

The bacterium, Xanthomonas campestris pv. musacearum, is highly transmissible and spreads rapidly through infected plant material, cutting tools, long-distance trade, and vectors such as insects, birds, and bats. Moreover, lack of knowledge among farmers on disease diagnosis and management, and cultural practices such as the use of unsterilized cutting tools that unintentionally spread the bacteria, contributed to its rapid spread.

In current study, a total of 120 and 150 banana farms from eight and ten districts of Rwanda were surveyed for disease occurrence in 2015 and 2016 respectively. The owners of the farms were interviewed about disease knowledge, management practices, and source of information in these aspects.

The results show that Xanthomonas wilt was present in all surveyed districts with high incidence (above 45% in both 2015 and 2016) in major banana growing areas, highlighting the risk of increasing yield losses. High Xanthomonas wilt incidence and severity was associated with Impara and Eastern plateau agro-ecological zones, intercropping systems, brewing bananas, dense spacing, and homogenous cultivars. Here, we demonstrate for the first time the gravity of Xanthomonas wilt in major banana growing areas of Rwanda. This agrees with the finding that proper implementation of management practices by the farmers remains limited. Disease management difficulties could be attributed to inaccessibility to the right information since some information sources may be unreliable.

It is also reported for the first time that fields with a mixture of indigenous and improved cultivars are likely to have low Xanthomonas wilt disease severity, and this could be considered in banana Xanthomonas wilt management package.

These findings are essential to understand the urgency of improving extension services with updated practices and reinforcing disease monitoring efforts in order to stop new infections and further spread of the Xanthomonas wilt disease, a threat to sustainable banana production in Rwanda.