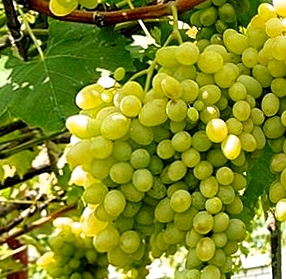 From reports «Viticulture in (climate) change: challenges for production and the product», published by the Hochschule Geisenheim University, «German scientists are simulating future climate change to save wine», published at Quartz News, and «Scientists Create Future Climate Change Conditions in German Vineyard», published at Food and wine.

“The consequences of climate change for viticulture are enormously complex. Changes in temperature, more extreme weather conditions, increased concentration of carbon dioxide in the air, changes in soil nutrient composition: all this changes the cultivation conditions and thus also the product,” said Prof. Dr. Hans Reiner Schultz, President of Hochschule Geisenheim University, who led the discussion with Prof. Dr. Alain Blanchard, Head of the ISVVV.

One of the reasons of this discussion is the experience that is ongoing in the Hochschule Geisenheim University about the consequences of climate change in vineyard. This experiment is attempting to mimic carbon dioxide levels grapes might face in 2050. Climate change has already begun to alter weather patterns around the world.

As climate change alters the weather of wine growing regions, it is important to understand its effect on the quality and quantity of the wines. By pumping higher concentrations of CO2 over small sections of a vineyard and comparing the resulting wine with wine produced normally, scientists can predict the effects of more advanced climate change on wine production.

German scientists from the Hochschule Geisenheim University are conducting this experiment at a vineyard near the Rhine river. Small areas of the university’s vineyard in the Rheingau which contain Riesling and Cabernet Sauvignon grapes have been surrounded by ventilators that pump extra carbon dioxide into the air to mimic the conditions these grapes are expected to face in the year 2050.

The experiment is still ongoing, but the first impressions are bigger, juicier grapes that suck up more groundwater and face moths that are also reproducing faster. But in the other side, higher CO2 levels don’t overtly change the quality or flavor of the wine.