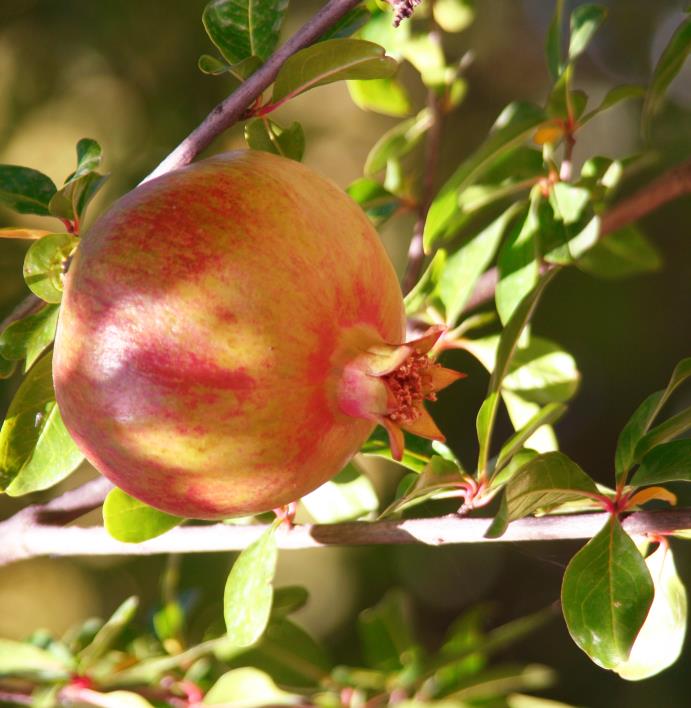 Pomegranate trees are considered as a culture crop tolerant to soil water deficit. In Spain, its culture is concentrated on the south-east, where fresh water available for agriculture is very scarce.

Regulated deficit irrigation (RDI) was developed in the 1980s as a strategy to save water and improve the productivity of fruit trees. RDI is based on reducing water applications only in those phenological periods when yield is less sensitive to soil water limitations. The effectiveness of RDI depends upon the identification of critical periods for tree performance.

The objectives of the research was then to study the effects of time of RDI imposition on tree performance.

The experiment has been carried out during two seasons with the objective of identifying pomegranate yield responses to water restrictions applied during different phenological periods. In mature trees, five irrigation treatments where applied including trees watered at 100% and 50% of tree water needs (ETc) during the entire season, and other three regulated deficit irrigated (RDI) treatments with severe restrictions applied only during certain phenological periods.

Results showed that all the deficit irrigated treatments allowed increasing water use efficiency (i.e. yield/water applied). Contrarily to other fruit tree crops, an early season water stress, increased the number of fruit collected at harvest, with the drawback of reducing fruit weight if restrictions were prolonged during all the season. On the other hand, temporal water restrictions applied in the mid summer lead to a very small effect on final fruit weight, allowing for 23% water savings.

Results indicate the potential that RDI has in Pomegranate trees as a tool to cope with water scarcity in this crop.